Hunderfossen Fairytale Park and partners on the project, Simworx, Qvisten Animation and Farmer Attractions are proud to announce that their latest attraction the Reodor Felgen’s Hyperakselerator has been awarded the prestigious Thea Award for Outstanding Achievement – Attraction with a Limited Budget. 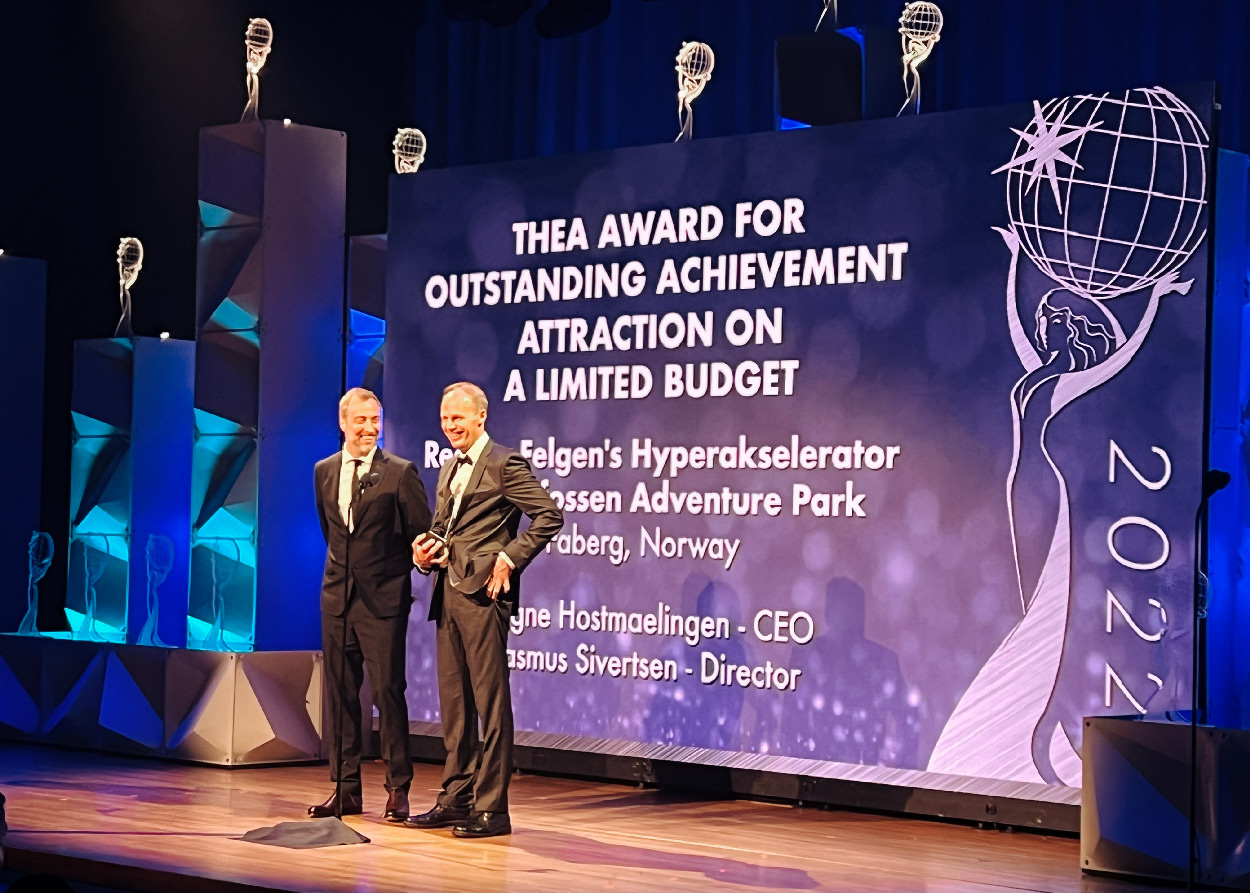 The award announcements for the 28th Annual Thea Awards took place at this year’s IAAPA Expo in Orlando where the team involved in the project were beaming with pride as they received recognition for their stand-out project.

Home to fairy tales and trolls

Hunderfossen Fairytale Park, founded back in 1984, is located in Lillehammer, Norway. Inspired by fairy tales and trolls it’s also home to the world’s most famous and photographed giant Troll. The massive tourist attraction promotes the country’s history, fables and culture throughout it’s rides. With a yearly attendance of 250-300.000 guests, this is among the top 3 investments in the park’s history.

Reodor Felgen’s Hyperakselerator, the park’s latest attraction, was delivered despite pandemic circumstances in time for the 2021 season. It promotes the message of major climate challenges related to sustainability in the automotive and transportation industry. The ride is based around the characters from the famous Norwegian author and illustrator, Kjell Aukrust’s Flåklypa Universe. It features characters Solan and Ludvig, as they test out, Reodor, the crazy Norwegian inventor’s solution. A totally green hydrogen fuel made by harvesting the gas from Norwegian farm animals and converting it to hydrogen to power the Hyperakselerator. 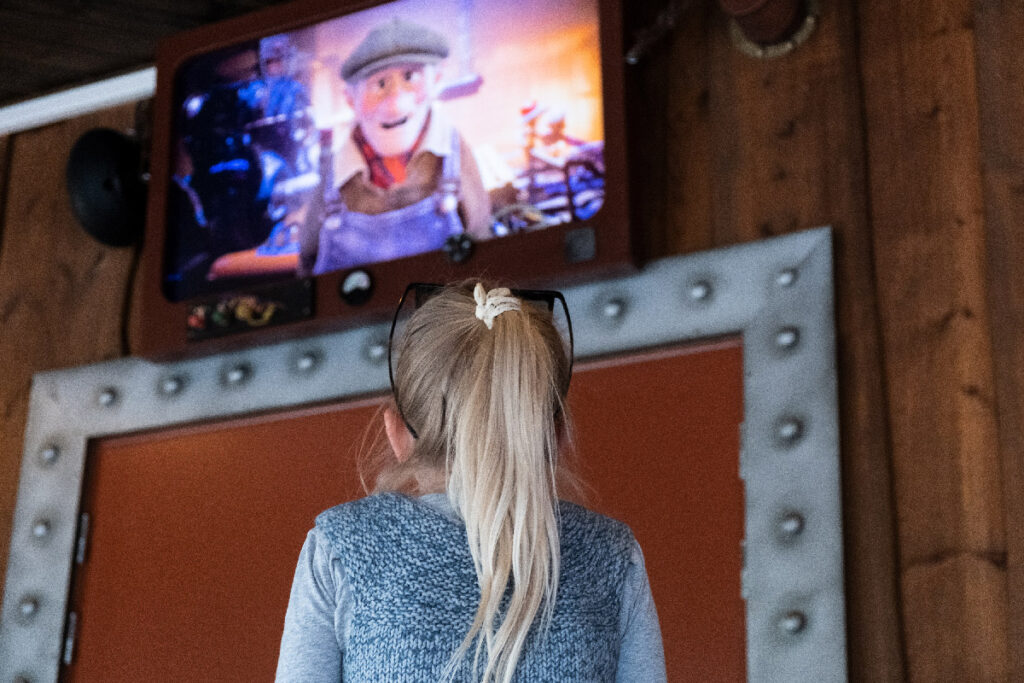 The attraction consists of four of Simworx’s, 8-seater, Stargazers that utilise 6DOF motion simulators. This allows for a wide variety of movements – making the ride both smooth and adrenaline-inducing. The vehicles, with industrial DIY inspired theming, were designed to look like Reodor’s Hyperakselerator from the story. It combines old and traditional elements to resemble something of a snow sled with a high-tech upgrade.

An immersive and wild ride

Producing the media content for the project was Norwegian studio Qvisten Animation. Award-winning filmmakers who have previously created animated features centered around Aukrust’s books. Creating the custom content from scratch the team at Qvisten came up with the initial idea for the Hyperakselerator vehicle. This was then translated into the real-life versions for guests to climb aboard. The film begins at Felgen’s workshop, entertained by Solan and Ludvig’s witty commentary, before setting off on a crazy and unpredictable dash down the mountainside. «Qvisten believes that all forms of entertainment start with a good story. At Hunderfossen they wanted to make an immersive and truly wild ride, but at the same time being able to captivate the audience with loveable characters and a great story driven adventure” says Director Rasmus Sivertsen at Qvisten 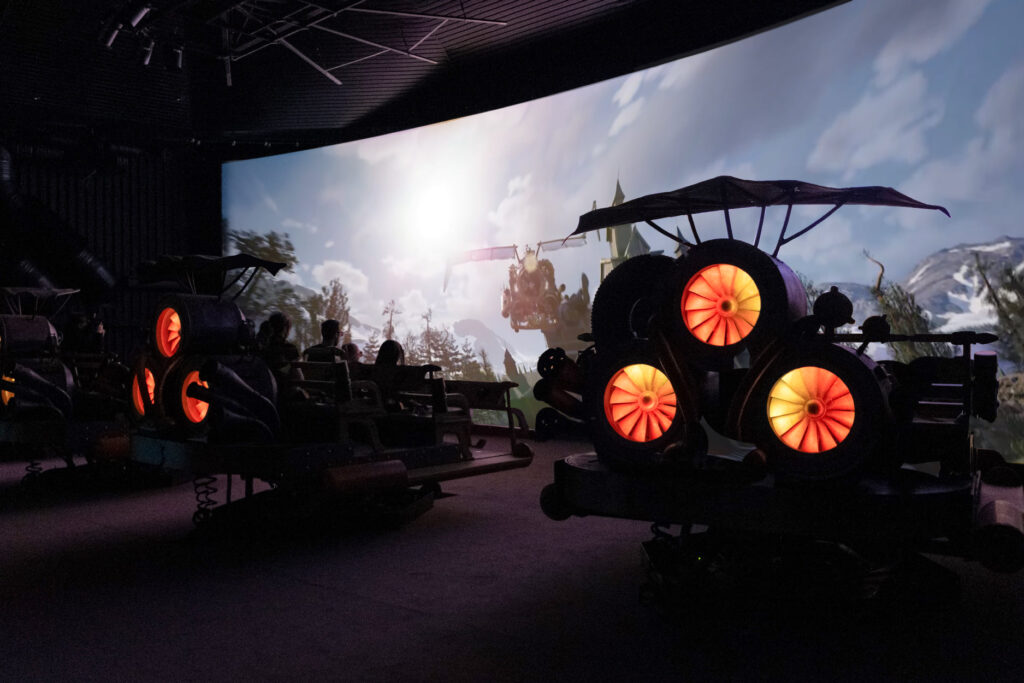 Theming for the attraction was designed and constructed by Farmer Attraction Development Ltd. Arriving at the attraction, guests enter a beautifully themed hut, which looks like Reodor’s workshop, full of knick-knacks and inventions. Illustrations by Kjell Aukrust cover the walls and pre-show media sets the scene for the adventure they’re about to take. 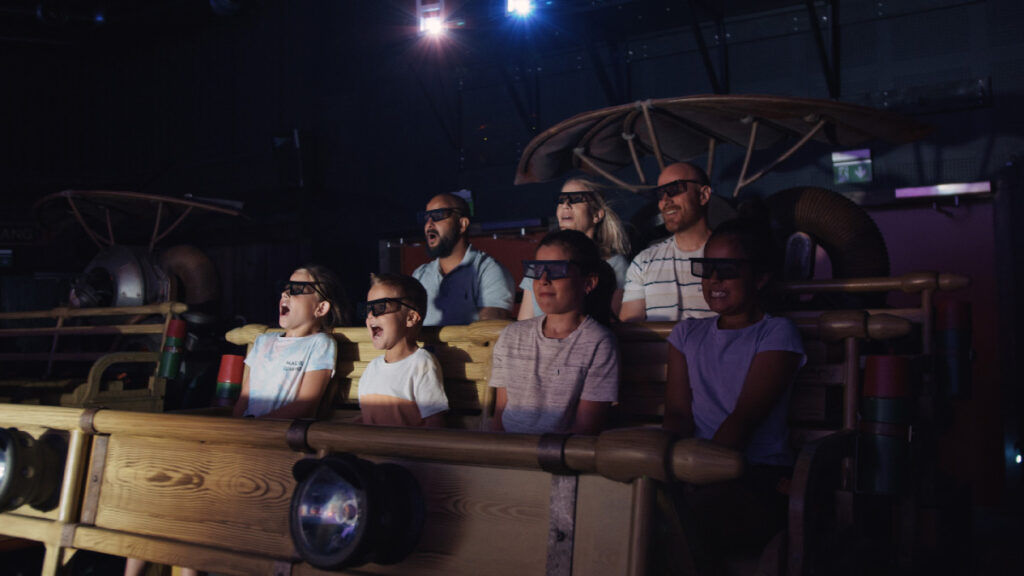 Since opening, the ride has attracted over 150,000 visitors and has been a tremendous success for the park. An encouraging result, as the world bounces back from the Coronavirus Pandemic’s closures of 2020.

—This is just fantastic! says Hogne Høstmælingen – the CEO of Hunderfossen Fairytale Park. We always have a goal of being extraordinary when developing new attractions. Storytelling, theming and play & learn are important aspects for us. When we realized how funny and engaging the Hyperakselerator would be, we actually put on even more “extra fuel” to compete for the prestigious Thea Award. More than 150.000 guests this summer has been overwhelmed of our new attraction. The Thea award is an enormous motivation for all of us, and it inspires us to develop even better attractions in the future!

The Thea Awards were created by the Themed Entertainment Association (TEA) to help realize a key mission of the association: bringing recognition to achievement, talent and personal excellence within the themed entertainment industry. The official Thea Awards Gala where Hunderfossen will be presented with their award will take place April 23, 2022 at Disneyland Resort California.

“Reodor Felgen’s Hyperakselerator delivers rich characters, an engaging storyline, a thrilling ride experience, impactful special effects, and high quality 3D media content. The Hunderfossen team leveraged the existing Flåklypa IP to create a rich and immersive experience with thoughtful and focused theming. It is beautifully executed, seamlessly blending whimsical mechanical machinery with the woodwork of a traditional Norwegian sled. The environmental conservation messaging that underpins the story is conveyed with humor and light-heartedness. Reodor Felgen’s Hyperakselerator delivers the perfect balance of story, thrill, and classic humor and will deliver millions of guest smiles for years to come.”