If you dare to walk between the legs of the troll, you are in the fairy tale world of Asbjørnsen & Moes, in Ivo Caprino’s adventure cave . Among boulders, logs and moss you meet our cultural heritage in the form of unique tableaux from the adventures we know so well. Everything designed by Ivo Caprino and his good helpers. There are more than 150 trolls in the adventure cave – can you find them all? See more about Ivo Caprino’s Adventure Grotto here

In the Adventure Cinema , Ivo Caprino’s ever popular adventure movies are played – all day. Several of the films have a troll theme.

At the very heart of Ivo Caprino’s Adventure Grotto is Trollsalen Restaurant. Here are 6 big trolls that carry the whole roof, and the story between these trolls is included when you take a meal here. The walls in Trollsalen consist of huge boulders, and in the walls there are several exciting fairytales. The restaurant is definitely not the place to be in the world! See more about Trollsalen Restaurant here . 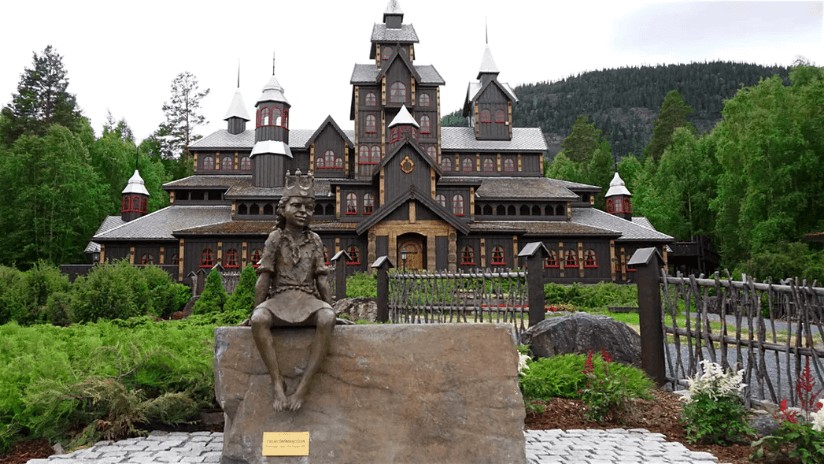 In the fantastic Adventure Castle you are taken on a journey where the whole family can fit in the same carriage. Critically acclaimed scenes and tableaux, national romance, music and stories are intertwined. Toralv Maurstad tells about the adventures you meet along the way, and several of these contain trolls – small and big, some kind and some scary … See more about the Adventure Castle here.

On the second floor of the Adventure Castle lies the Trollfallet . Here are the trolls that control, and you have to be careful not to get caught! Try to pass through the pantry, kitchen, treasure room and trolls dungeon – if you dare … Maybe you see the princess trapped by the troll at the top of the 7th and tallest tower in the Adventure Castle? See more about Trollfallet here

On the amphitheater there are daily fairy tales, where the fairy tales that are played also deal with trolls.

Season pass Season pass
Click on our products to order your adventure experience!